album en_me This is my 365 photography project.. 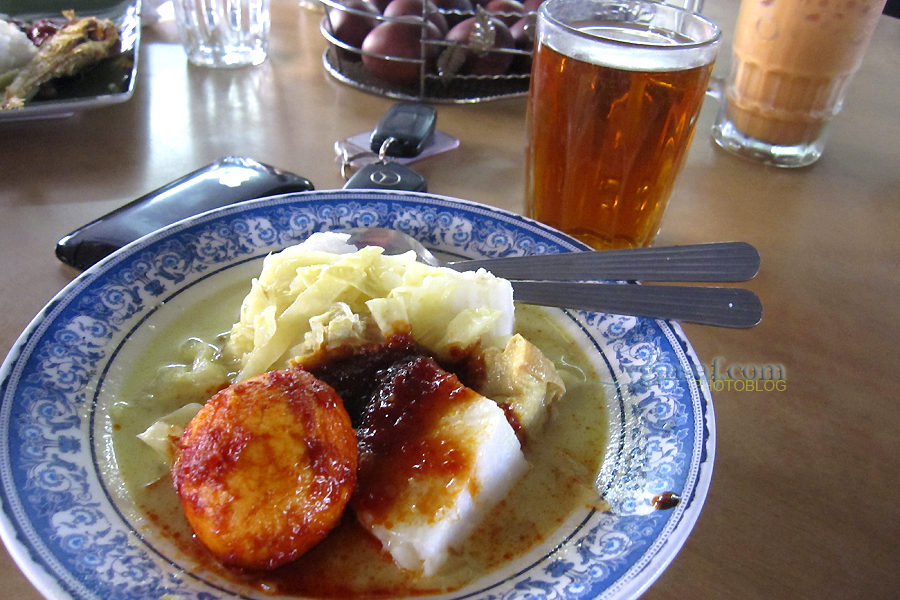 Sometimes, even if you arrived early in the morning, your favorite breakfast set is not always available.

But I got it yesterday morning. Cool. 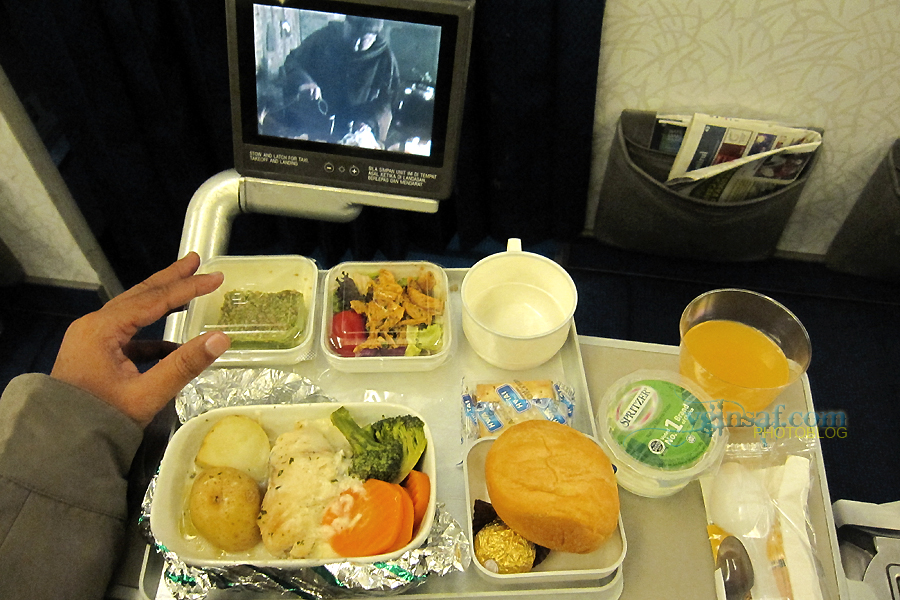 By the time you read this, I might be already at home. Here is the dinner I had on my previous flight to Melbourne. Cool. 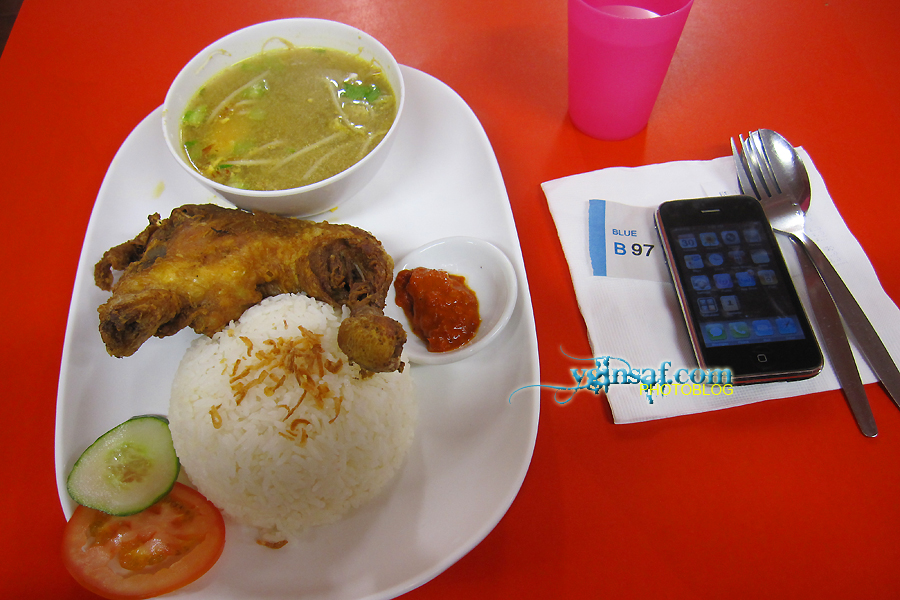 After three weeks, I have become an expert to find my halal meals (especially dinner) in this big city.

One of my favourites now is the Es Teller 77, an Indonesian restaurant that is located in Swanston Street. Cool. 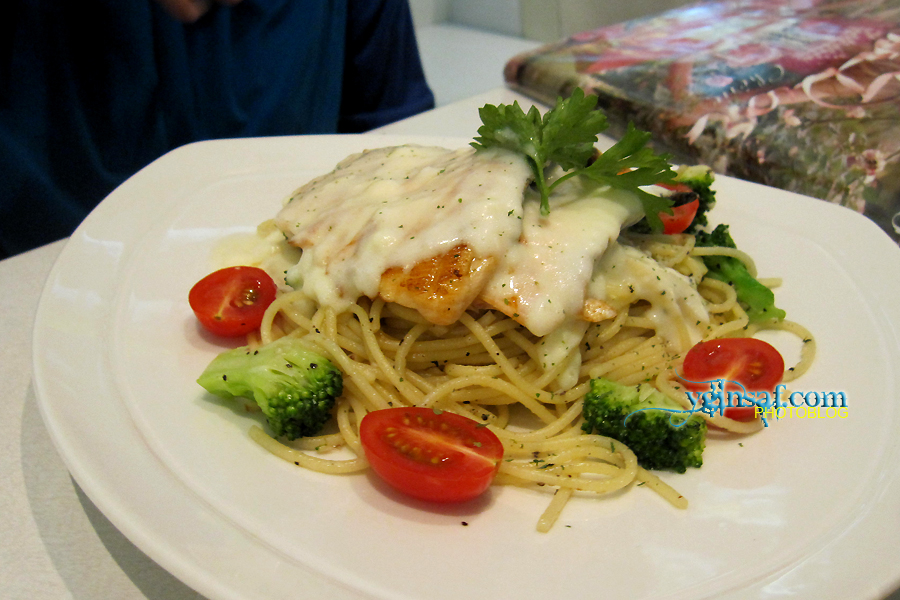 I never thought that I would come here (Lavender Bistro & Cake, Senai Airport) during this fasting month. But last weekend, my daughter, aBo (9), was asking me already to break her fast for the grilled salmon & garlic spaghetti. But she never ate the salmon. 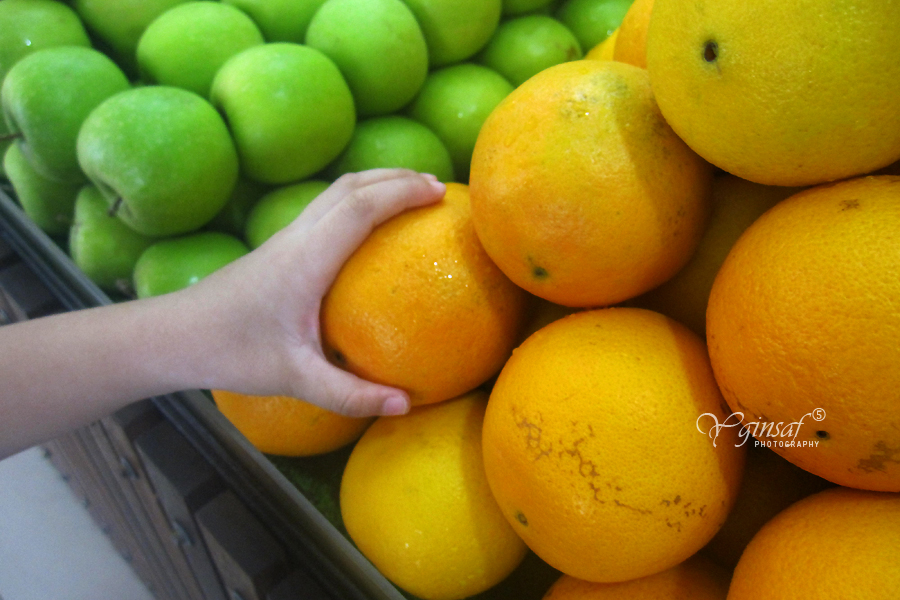 Eating fruits is good for your health. That is Yaasir’s hand touching the oranges with my instruction. 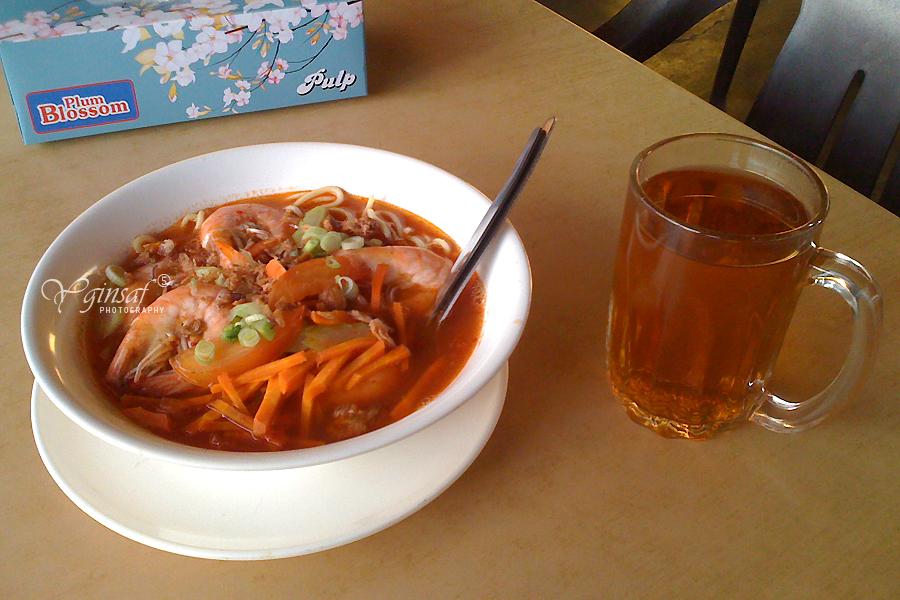 I had been to Kuala Sepetang near Taiping town in March 2009. I tried the ‘mee banjir udang mak teh’ once and it tasted marvelous. [+ previous entry ]

The above ‘mee udang kuala sepetang’ dish was served to me the other day. But this one is located in Bukit Indah, Ampang. I could say the taste is acceptable but the prawns are less. 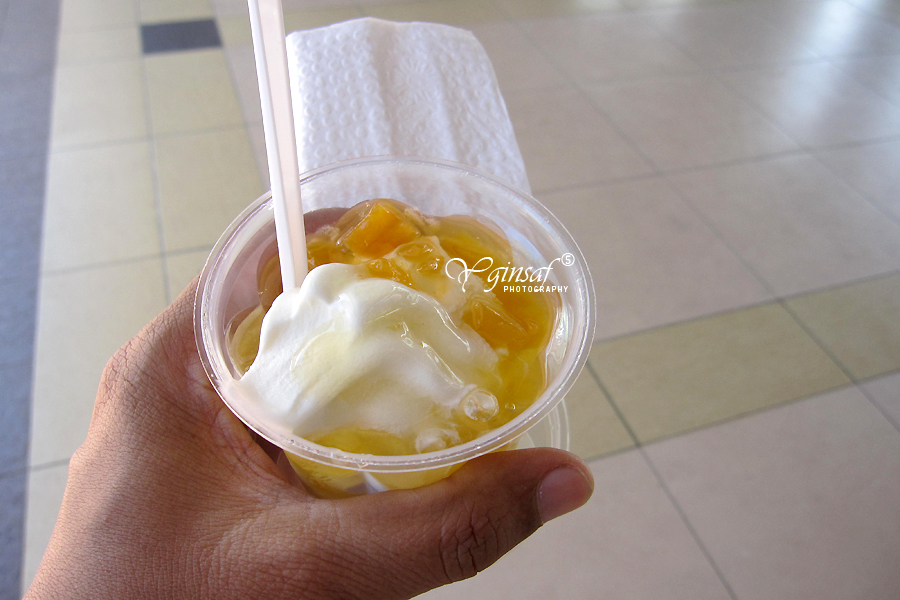 This is why I am fat. 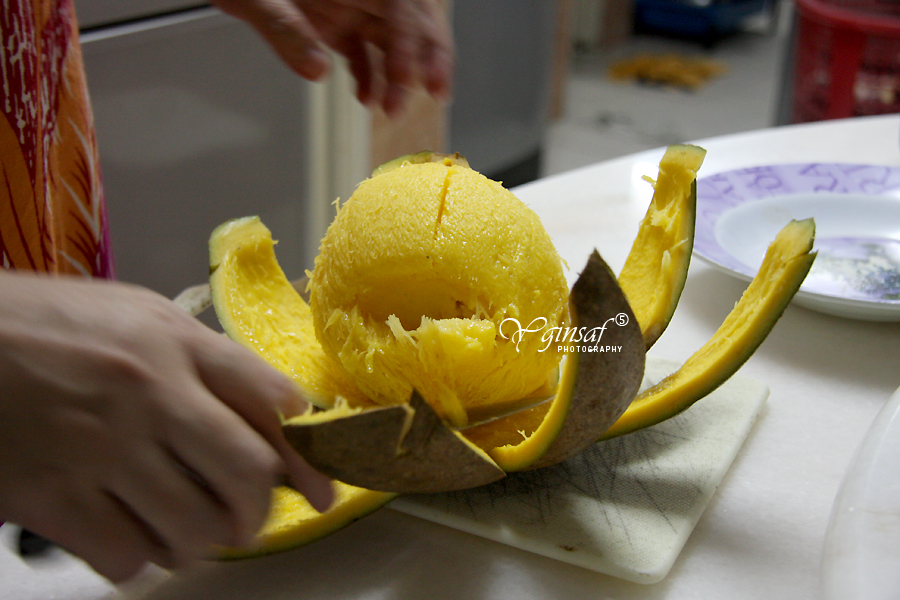 My blogger friend from Sabah was sending me this unique fruit, called ‘Bambangan’. The iban people in Sarawak called it – ” mawang”. Unfortunately this time I got the sour one.

Bambangan is a type of wild mango with brown skin and a somewhat pungent smell. This is not eaten fresh as a fruit but made into a pickle or cooked with fish for a distinctive flavour. Nevertheless, some iban people like to eat it as fruit.

Bambangan is one of the kadazan dusun people’s choices for a sour tang to their food. Sometimes, the mango is fried with onion and chilli and served as a side-dish or sambal. The Bambangan also can mixed with grated seeds to make the flavour more delicious!

You can get your Bambangan at “tamu” markets or street markets in Sabah. Don’t miss this speciality when you come to Sabah! [+ source: fascinating malaysia ] 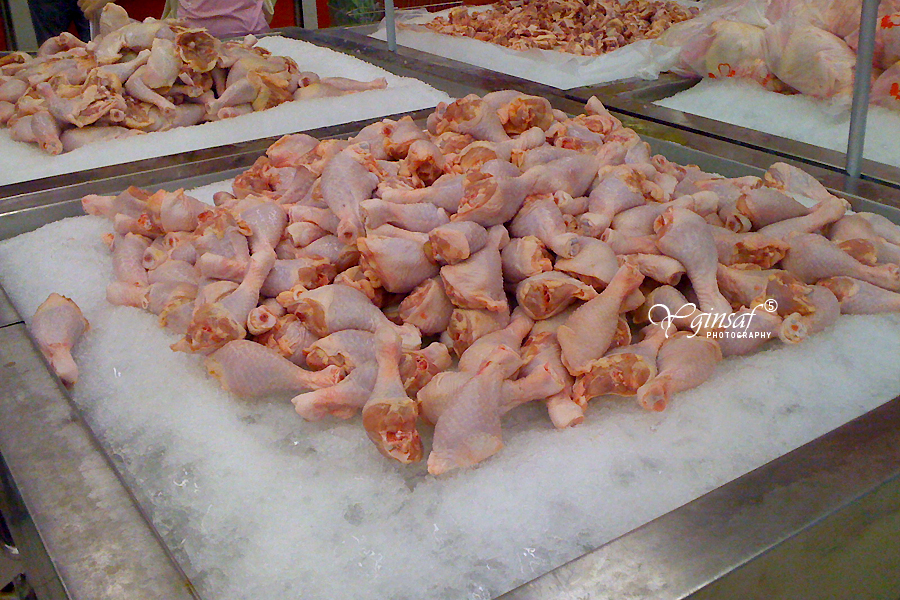 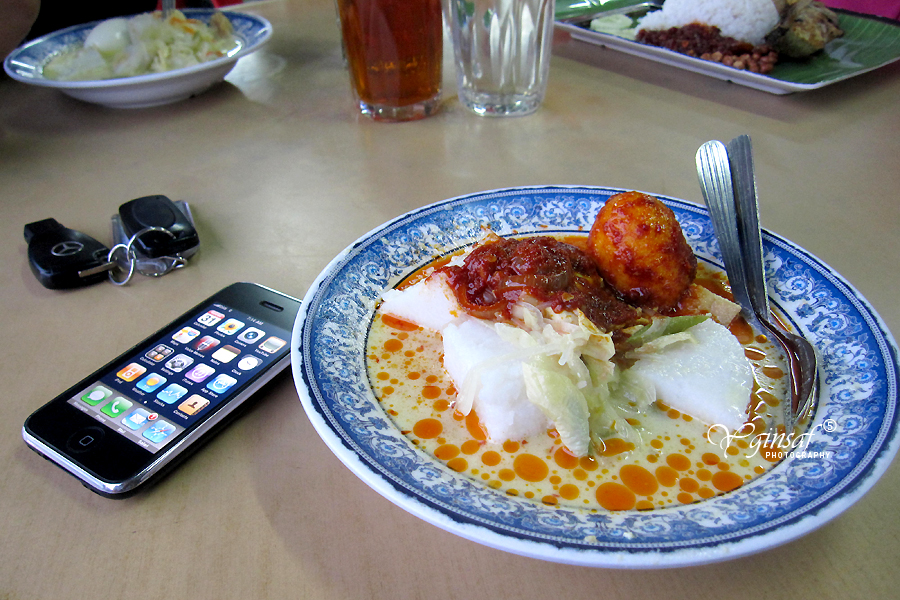 Lontong is our dish made of compressed rice that is then cut into small cakes and one of my favorites breakfast. Therefore I eat lontong every weekends, with extra sambal. 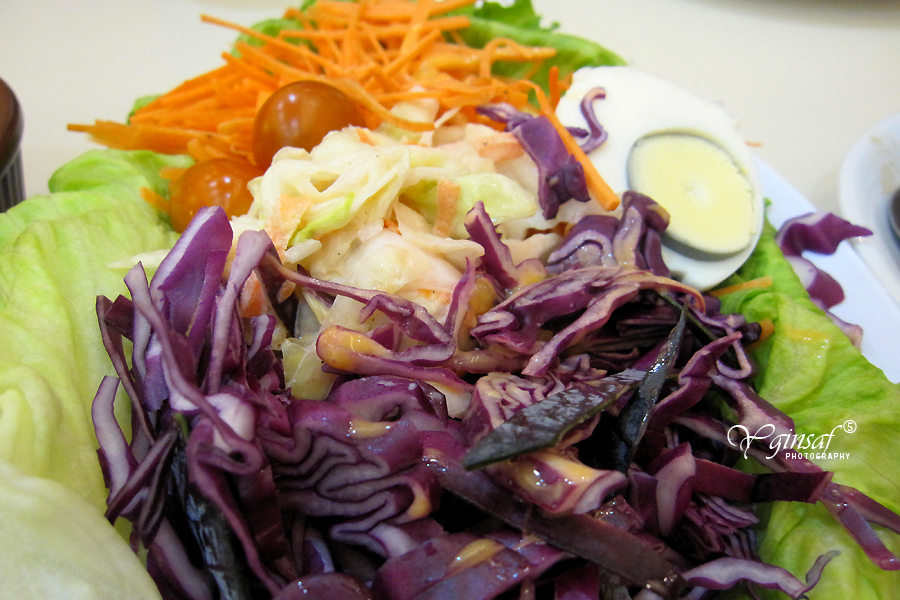 Sometimes I don’t know what to eat for lunch. So, I ordered salad instead. A lot of salad.

how to eat crab 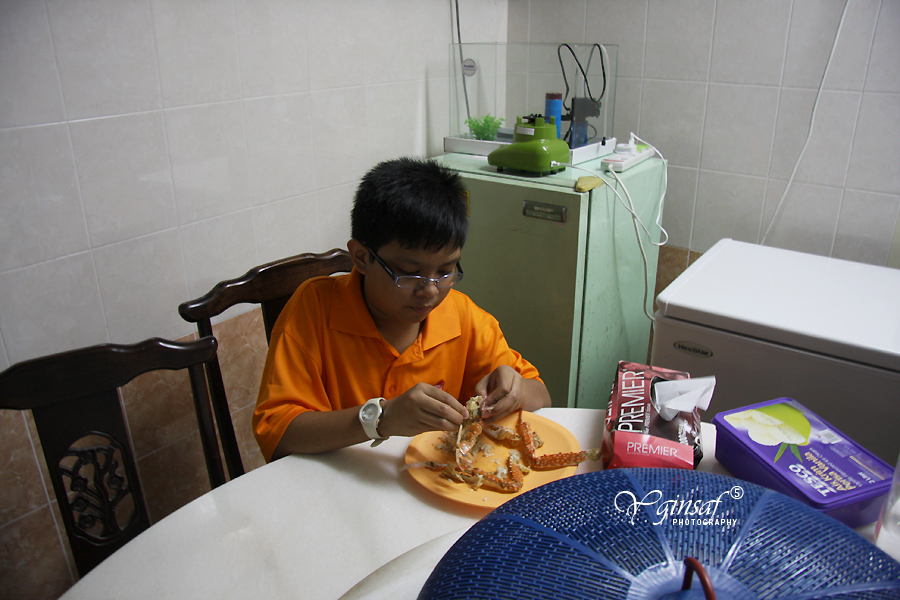 Although crab meats are taste good, but it is tremendously challenging to deal with them.

Model: aQi on our dining table. 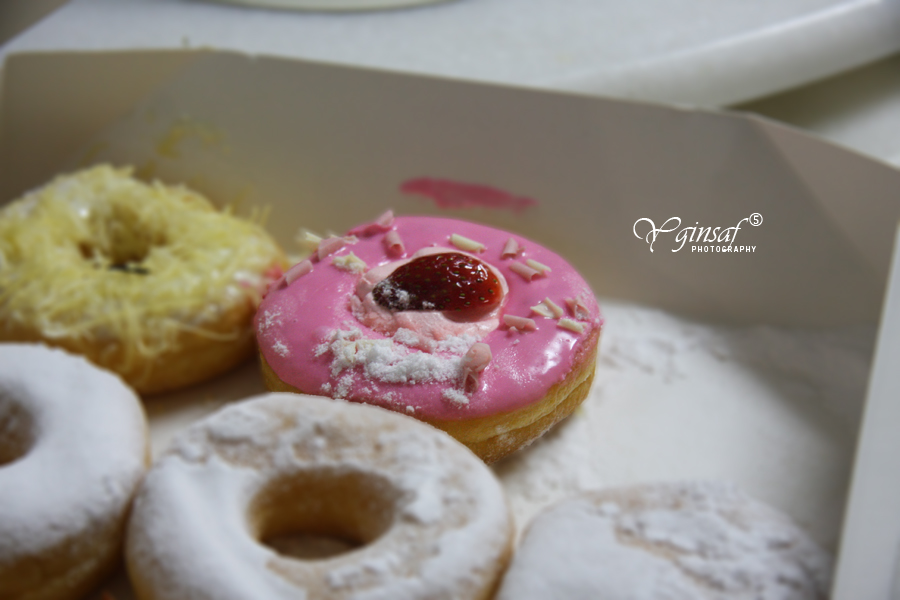 The above pink donut is belong to me. It’s part of a dozen donuts I bought from Big Apple Donut in Tesco Plentong. 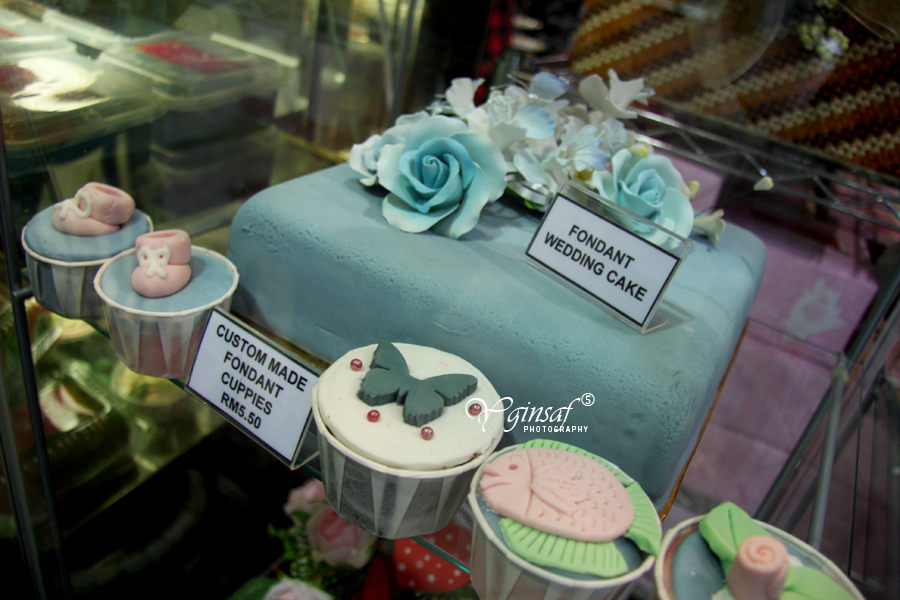 I was overdue to update some entries for the last couple of days. Pardon me. So, I put up the cupcakes picture from the last visit to Plaza Angsana. It’s dated 31st January 2010, an almost six months ago. 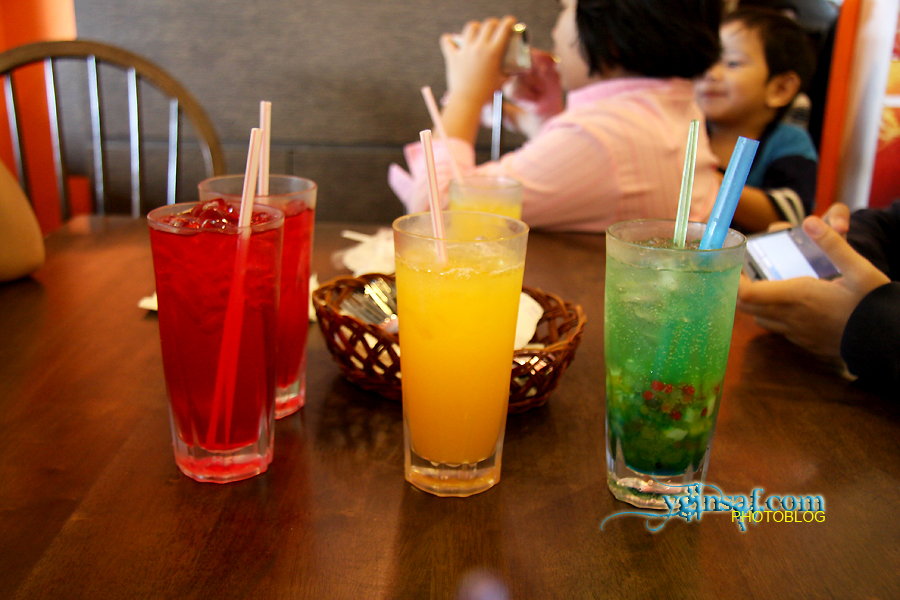 From Jasin, Melaka, I stopped by at Sedap Corner Restaurant for lunch that located at Jalan Abdul Samad, Johor Bahru.  My preferred drink here is called ‘Sejati’, but it is not shown above. However, you can see it in my other blog. 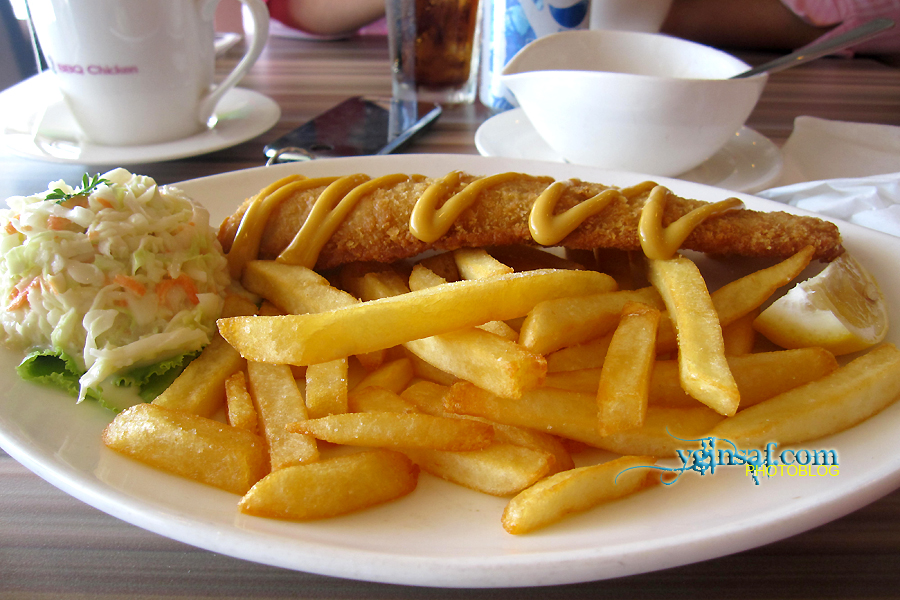 This is my lunch at BBQ’s Chicken, in Tesco Plentong last Sunday. The ‘Fish & Chips’ is not cheap after all. 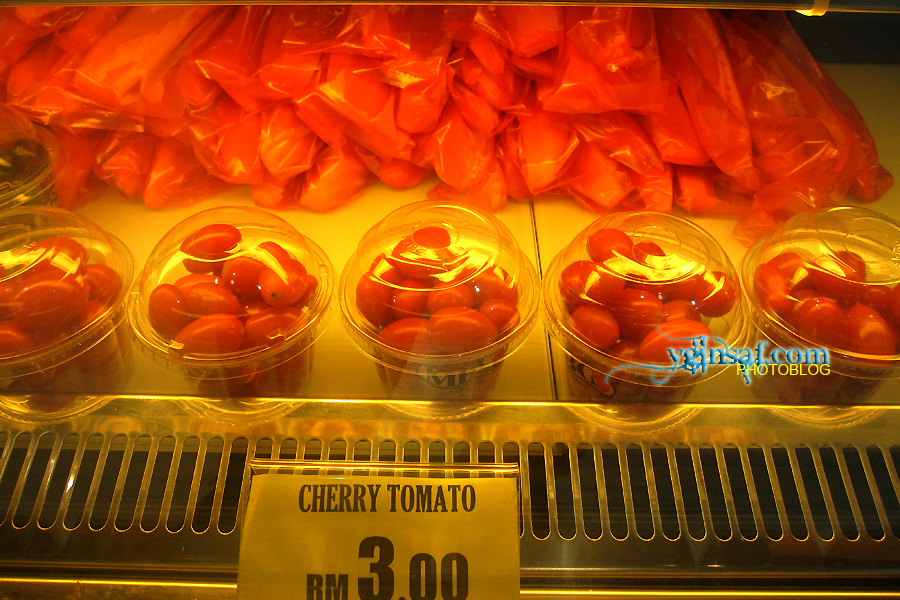 I used to come here to buy mix fruits to skip my lunches. It’s just located 7 minutes walking distance from my office. 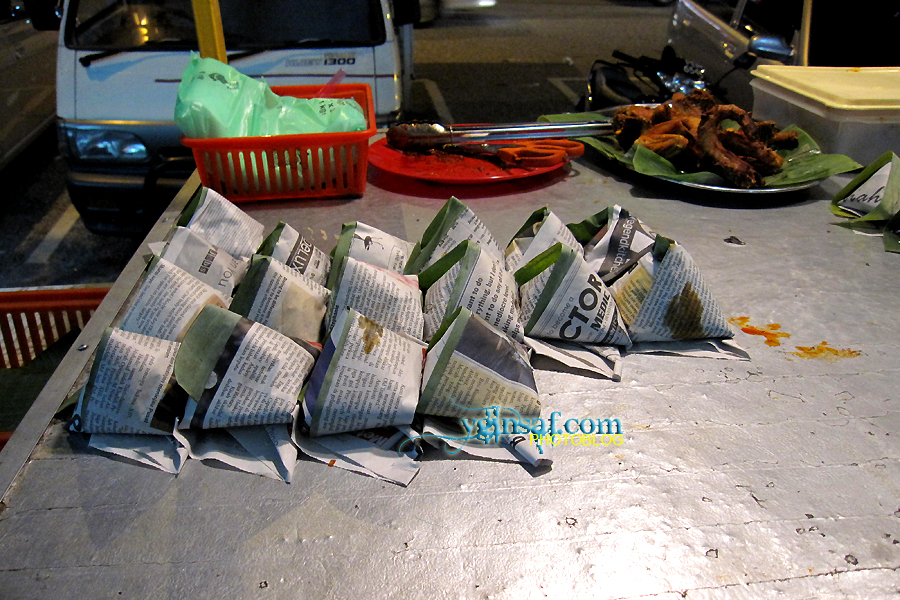 I tried the above Coconut Milk Rice (Nasi Lemak Marvellous, Bukit Indah), one of the super amazing dish and culinary authentic dish. I ate three of them during dinner. The price is so cheap at 70 sen each. 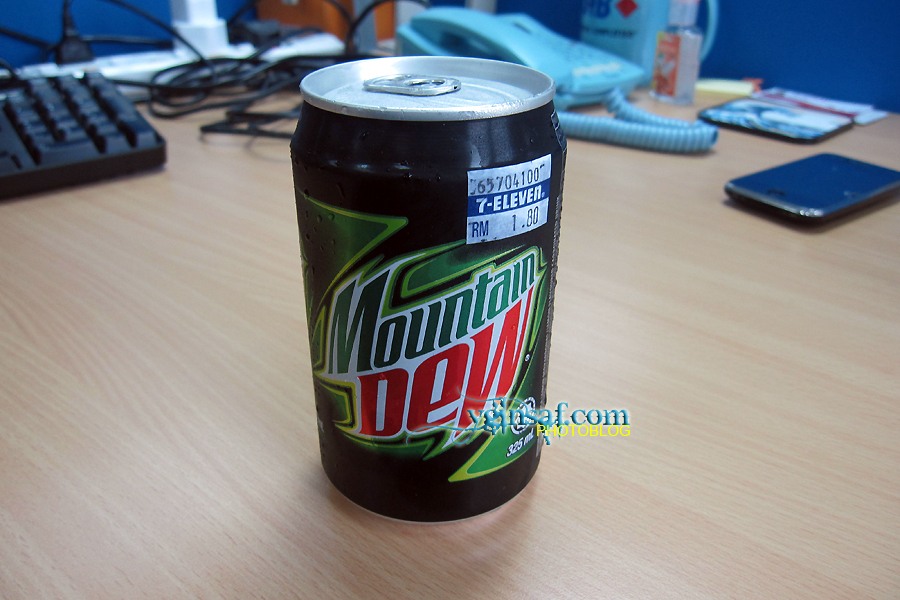 I used to like this soft drink of Mountain Dew while I was studying in the USA, 25 years ago. But it’s hard to find it in this country. It’s maybe not the local favorite taste. 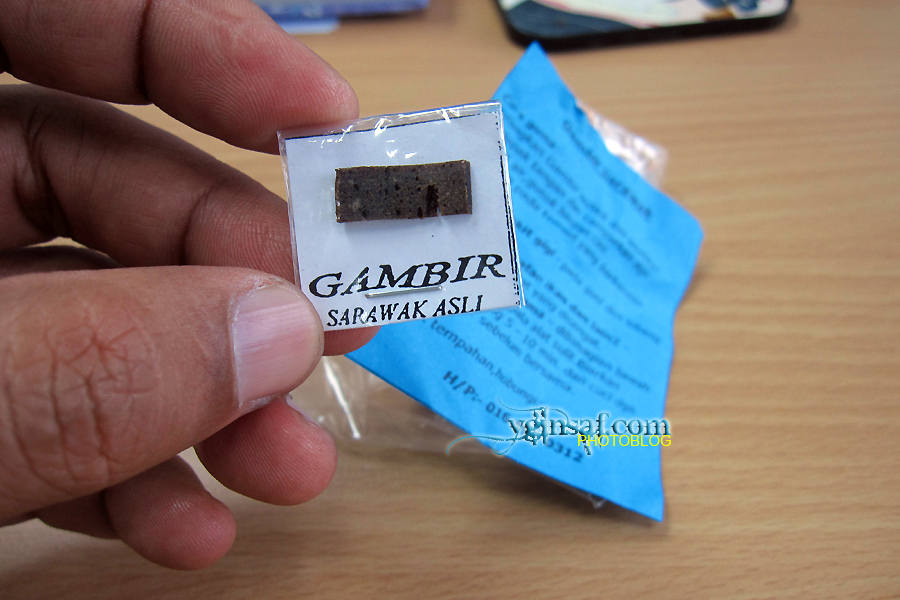 Gambir Sarawak is a powerful vitamin rather than a popular VIAGRA. It doesn’t have any chemical because it’s a herbal product. One of my friends just came back from Sarawak (East Malaysia) and he brought us some gambir with its instruction. Personally, I never tried one myself.

feeling not well in mcd 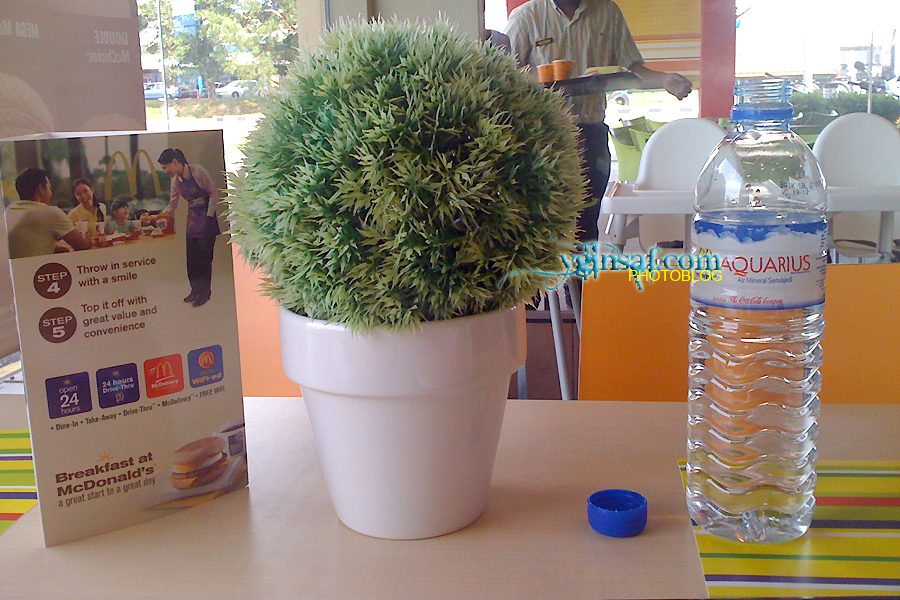 I was sick last weekends. But I wanted to eat hotcakes with sausage in McDonald’s Restaurant so bad. I brought with me all my medical tablets and ordered a mineral water to drink with them. 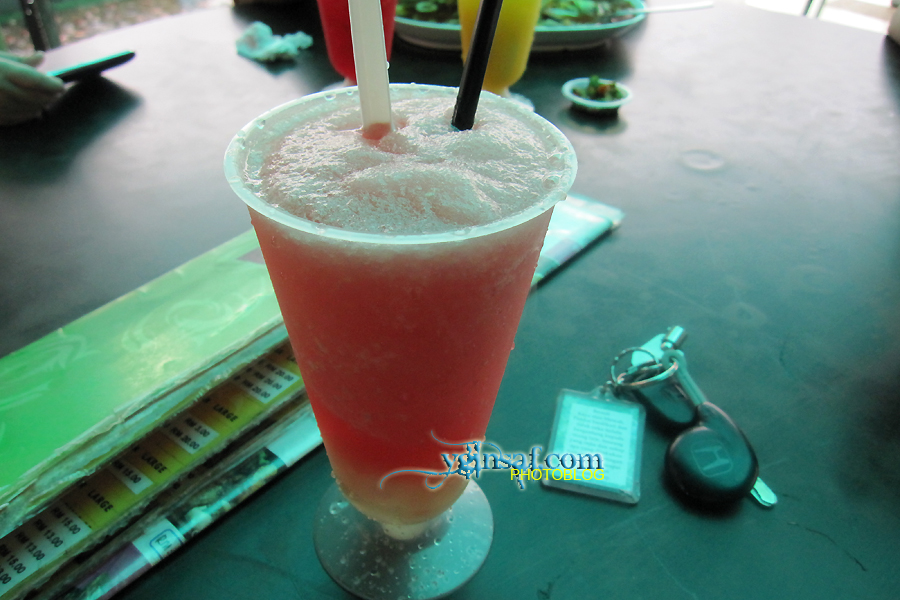 Nowadays, this drink of watermelon and lychee combination makes my top list. Dare to treat me, anyone? 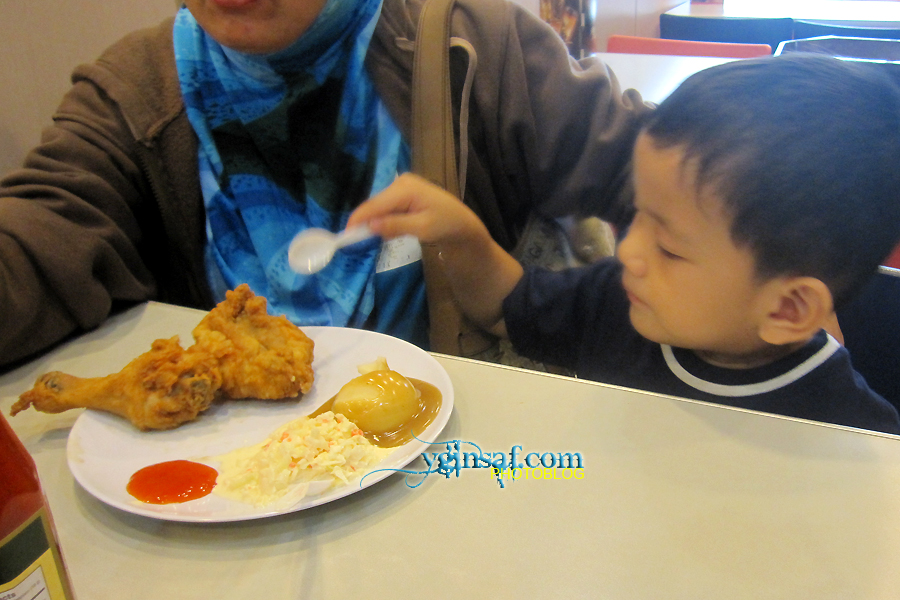 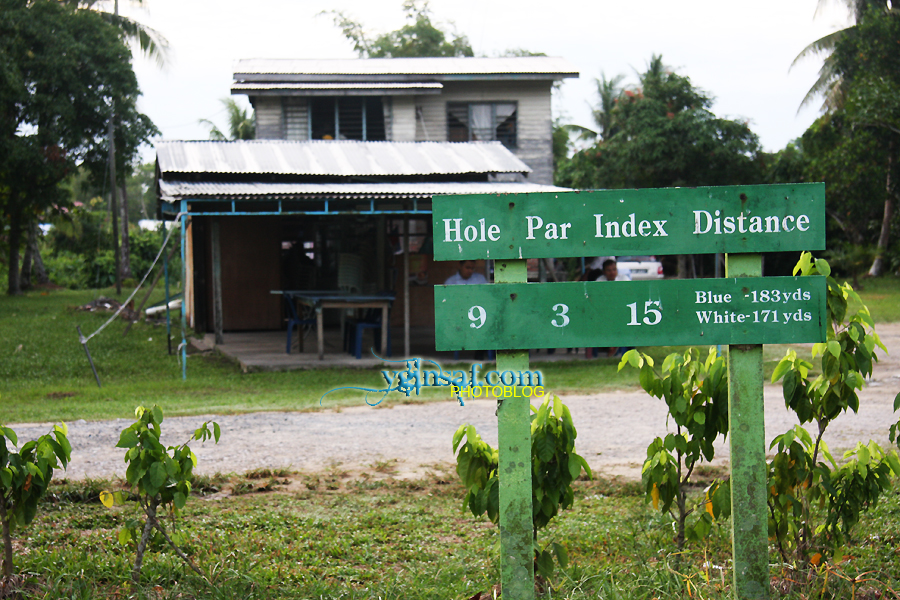 I am not a golfer and do not know anything about golf. But having breakfast at one of the villagers’ stall in the morning was quite a delicious thing to do. The food stall is next to the golf resort (Miri Golf Club) in Jalan Peninsula. They serve fabulous mee kolok, mee jawa and chicken wings.